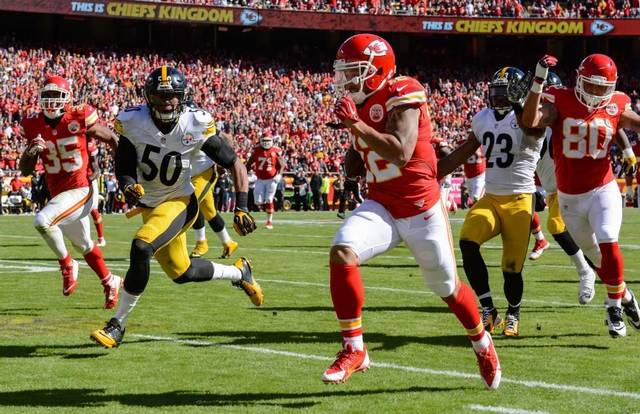 Only three late afternoon games including Dallas at Green Bay and Kansas City at Oakland. I was at Oakland Coliseum Week 14 in 2014, when the Raiders beat their cross-town rival 49ers. Some of the most passionate fans in the league and it does the heart good to see them making some good moves for a change.

This one should be heated as the Raiders host division rival Kansas City Chiefs, a Week 6 game that may be more important than most think. With Denver lurking, Oakland building a strong core with Derek Carr, Amari Cooper and Khalil Mack and KC winning 11 straight until they ran into New England in last year’s AFC Divisional Playoff, the West is opening up.

These two division foes play each other closer than you might think. KC is 11-9 SU and Oakland is 11-9 ATS the last 20 times they’ve played. The UNDER is 13-6-1 in the same, however prior to last years Week 17 game that played to the UNDER, the previous four games went OVER.

The Chiefs have the edge where it really matters though. They have won five of the last 6 including three straight. I’m looking forward to putting a few bucks on this one and enjoying this one in mid-October.