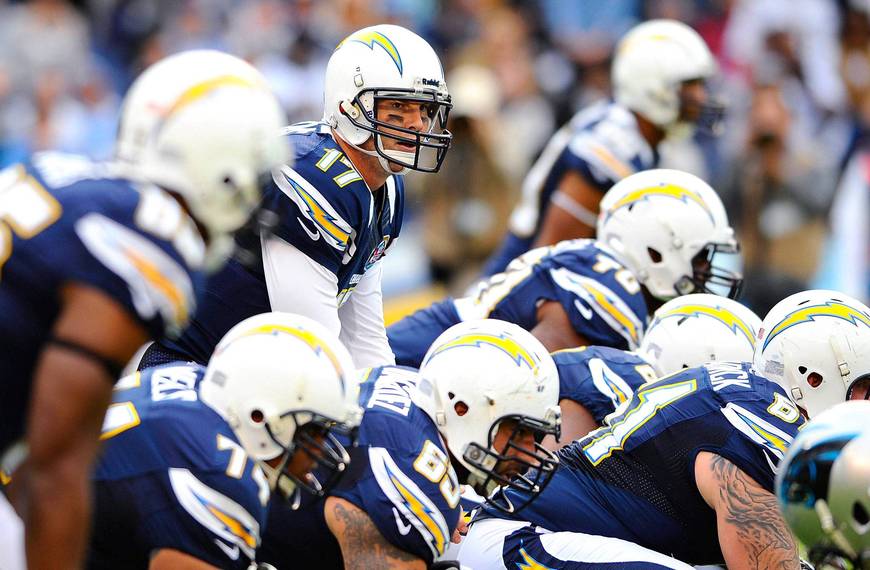 Every week in the NFL is important, but by the time Week 6 rolls around, it’s already do or die for some teams. Last week had four teams on a bye with only two this week, as Minnesota and Tampa Bay get a chance to take a breather before playing the next eleven straight.

An AFC West showdown opens up the week on Thursday night with the San Diego Chargers hosting the defending Super Bowl Champion Denver Broncos. The Broncos have owned the Chargers the last 10 times these two have played, winning 9 of them SU but only covered in 6.

The NFC East match-up in Washington when the Eagles visit is an intriguing one when looking at the early games, but the one I’m most looking forward to seeing is in Foxboro when the Bengals play the Patriots.

It’ll be interesting to see what record each of these will come into this game with, as the Bengals would have already played tough road games against the Jets, Steelers and Cowboys with home dates versus Denver and Miami mixed in between. Tough opening schedule to say the least.

The Patriots record will be interesting too with a four-week Tom Brady suspension looming. It’s May as I write this, so anything can happen between now and opening week, but my prediction is Brady gets half the 4 and takes the two games and finally put an end to Deflategate (PLEASE).

The Pats and Bengals last played Week 5 of the 2014 season, the start of a seven game winning streak en route to a Super Bowl appearance. Brady went 23 for 35 throwing 292 yards, including 100 to Rob Gronkowski. Gronk caught 6 passes but had a game high 11targets.

New England outrushed Cincinnati 220-79, Andy Dalton had 202 passing yards with 2 TD’s, one each to A.J. Green and Mohamed Sanu, Stephen Gostkowski made five field goals and the Pats won 43-17.

Only three late afternoon games including Dallas at Green Bay and Kansas City at Oakland. I was at Oakland Coliseum Week 14 in 2014, when the Raiders beat their cross-town rival 49ers. Some of the most passionate fans in the league and it does the heart good to see them making some good moves for a change.

This one should be heated as the Raiders host division rival Kansas City Chiefs, a Week 6 game that may be more important than most think. With Denver lurking, Oakland building a strong core with Derek Carr, Amari Cooper and Khalil Mack and KC winning 11 straight until they ran into New England in last year’s AFC Divisional Playoff, the West is opening up.

These two division foes play each other closer than you might think. KC is 11-9 SU and Oakland is 11-9 ATS the last 20 times they’ve played. The UNDER is 13-6-1 in the same, however prior to last years Week 17 game that played to the UNDER, the previous four games went OVER.

The Chiefs have the edge where it really matters though. They have won five of the last 6 including three straight. I’m looking forward to putting a few bucks on this one and enjoying this one in mid-October.

Like the AFC West, the AFC South is also opening up. The Texans won the division at 9-7 on the strength of a 5-1 record within the division. Houston finally got a win off the Colts last year, their first in seven tries.

Indianapolis is 7-3 SU and 6-3-1 ATS the last 10 times they’ve played Houston. They have alternated UNDERS and OVERS the past seven games with the UNDER 7-3.

The Colts won the Week 5 game last year 27-20 on the back of the now retired Matt Hasselbeck, who threw for 213 yards and a couple touchdowns. DeAndre Hopkins caught 11 balls for 169 yards to lead both of those categories.

Houston had two different QB’s dressed for their next match-up after both Brandon Weeden and T.J. Yates saw time under center, helping their team to an important 16-10 win. The win would prove to be the difference, getting the Texans the division.

This should be a good Monday Night Football contest, as the New York Jets travel to the desert to take on the Arizona Cardinals. This will be only the 6th meeting all-time between these two and the Jets third trip to Arizona.

They last played on December 2, 2012, an exciting 7-6 finish. Mark Sanchez started this one for the Jets, throwing 3 interceptions and no touchdowns however Greg McElroy came in to pinch-hit and threw the lone TD of the game to Jeff Cumberland.

The Cardinals will be looking for their first win ever against the Jets, losing all of the first five. Interestingly enough, the game these two played prior to their 2012 match-up was on September 28, 2008, one that saw 91 points scored in a 56-35 Jets win. Throw recent trends out the window.